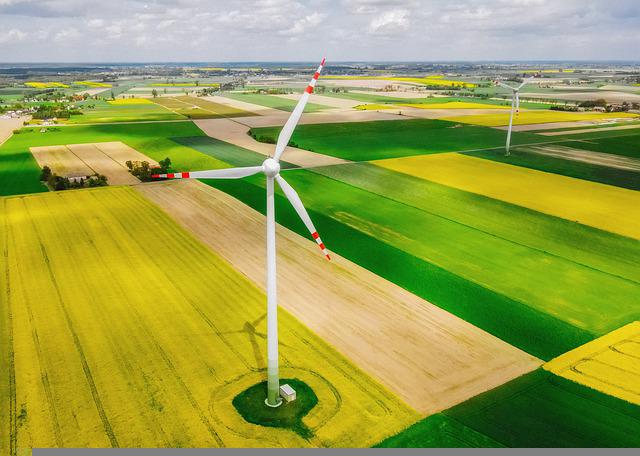 1. Introduction: Why we need to rethink

The idea of renewable energies is important, as is repeatedly demonstrated in current politics. The resources on the globe are, after all, finite. Further conflicts that increase the cost of previously used energy production options, such as coal or gas, spur us to save more energy and to produce the necessary energy in the most environmentally friendly way possible. Ultimately, climate change also shows worldwide that the exploitation of previously used resources must come to an end if we want to effectively counter global warming with all its consequences.

Recycling and repowering, sustainability, environmental protection and fairness are words that have taken on a new meaning in all economic sectors today. Existing assets should be used for as long as possible. New things should be produced as environmentally friendly as possible. Upcycling has also taken on a new meaning in this area. PV repowering offers a comprehensive tool with which nothing stands in the way of renewing a power plant. The will to implement this is great in all areas of society. All production of goods and their transport require energy. And the demand for energy is increasing more and more if we want to get away from conventional resources such as oil, gas or coal. In this respect, the increased generation of energy from renewable sources, such as wind and solar, should always be further developed and optimised.

2. Definition: What is repowering?

Repowering is the renewal of existing energy supply systems. In this process, parts of existing energy plants are replaced and technically optimised. As a result of technical progress, a larger amount of energy can be produced. Often the efficiency of the existing plants increases significantly. In this process, the old plants are not completely replaced, but merely optimised in terms of performance. In the definition of repowering, there may also be a change in the type of plant, for example if a coal-fired power plant is replaced by a more environmentally friendly type of power plant. In repowering, the hurdles for plant construction are very low. This is because an existing plant permit facilitates the conversion. Furthermore, public protests are seldom to be expected because an existing plant is merely being renewed. Many citizen protests often come to bear when a completely new turbine is to be erected in an area.

3. The history of repowering in Germany

Repowering is very often used in the wind energy sector. This is because a wind turbine has an average lifespan of about 20 years. However, technical progress in the field of wind energy production is very fast. Often an accelerated renewal of the turbines is profitable for the operator after only a few years, so that it is not always necessary to wait for the service life of an original turbine to implement a renewal. Thus, older and smaller wind turbines are often replaced by new and larger turbines before the end of their useful life.

4. Pros and cons: the debate on repowering

Repowering offers numerous advantages. On the one hand, new turbines enable more effective energy generation from wind. In addition, technically new turbines are also quieter when compared to the first turbine constructions. This is because larger rotor diameters run more slowly and as the speed decreases, the noise level also automatically decreases, which is more pleasant for the general public who live there. However, the renewal of old turbines also has other technical advantages. Due to better aerodynamics of the blades, the new turbines are also more compatible with the existing power grids. The electricity yield of a new turbine is significantly increased.

Furthermore, it is not absolutely necessary to install exactly the same number of wind turbines in existing wind farms due to the increase in output. The newer turbines are more powerful and larger. This can be optimised after repowering, although fewer new turbines are usually installed. At the same time, with the repowering of wind farms, planning errors from back then can also be easily corrected. If, for example, the distances to residential areas were too small, the realignment and optimisation of the park can provide a significant improvement. In many cases, parks can also be merged and restructured. In this case, the new distance rules must be observed and noise pollution must also be taken into account.

For operators of wind farms, too, technical progress offers many advantages that pay off. For it has been observed time and again that the number of full-load hours can be increased considerably if existing and outdated turbine sections are renewed. Thus, energy production is often doubled or tripled by modernising the turbines. As a result, wind farms operate more efficiently. Furthermore, newer wind turbines are more reliable and also less susceptible to maintenance, so that there is a considerable cost saving and the operators can operate more reliably. The advantage of repowering for operators is also that existing sites are protected. New sites must first be planned and approved for construction. This costs a lot of time and therefore also money. In addition, the Renewable Energy Sources Act has created economic incentives for the optimisation of existing plants, which operators are happy to take advantage of.

5. Expert opinions: What do the experts say?

Experts find fault with repowering that not all existing wind turbines can be renewed accordingly so that larger, taller and more efficient turbines can be erected. For example, reasons of danger to air traffic may speak against such repowering. In many cases, it may also be that the subsoil does not allow for efficient repowering measures. This is because difficult subsoil conditions require special treatment and additional attention during construction. This in turn can increase the costs of repowering for the operators to such an extent that the renewal measures are economically insufficient. Furthermore, it should also be noted that not every location makes renewal with larger turbines possible. This applies, for example, if the delivery of the large components already becomes almost impossible, and installation is also not possible due to the size of the turbines.

6. Future prospects: Where does repowering stand in Germany?

Efforts for comprehensive repowering are being promoted more and more. Optimising existing turbines is a great benefit for operators, residents and users alike. For this reason, more and more technical developments are being made so that this basic idea of repowering can be optimally implemented. More and more attempts are being made to replace obstacles with technical progress so that repowering is also possible in many wind farms, even though different soil and space conditions may exist there. After all, the pursuit of renewable energies is also very much wanted politically. The demand for energy is high and resources are becoming increasingly scarce. This makes it all the more important to invest political power in repowering. Existing wind turbines can be optimised quickly and efficiently without having to go through long approval procedures.